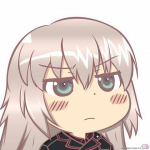 he uses alts to stir drama and panic (bolsheveiksofpbrp is salih1 as shown in a salih1 video), manipulates his players (falsely accusing finobe an old roblox revival),

lies about suicide and has a tendency of coming back after "qutting",'falsely accusing players,

treating his community like lab rats and uses apologies as an excuse! anyone who disagrees with him is a rebel! from Panzerkorp to spread the word! For the Finoob Revolt!

I got a ping from the server, hmm, what is this?

Salih1 saying, "This is a serious rebellion"

Had a problem with me telling them to "improve their game"

But, let me educate you silly, that's not a serious rebellion! (Woo)

Salih1 can eat a dick! (Still not a rebellion!)

I disagree with your points! (Still not a rebellion!)

Did you know that Turks have poo-poo in their brains?

Yeah, but still not a rebellion!

Retrieved from "https://polandball-roleplay.fandom.com/wiki/User:Lord_Dageo_II?oldid=2219"
Community content is available under CC-BY-SA unless otherwise noted.